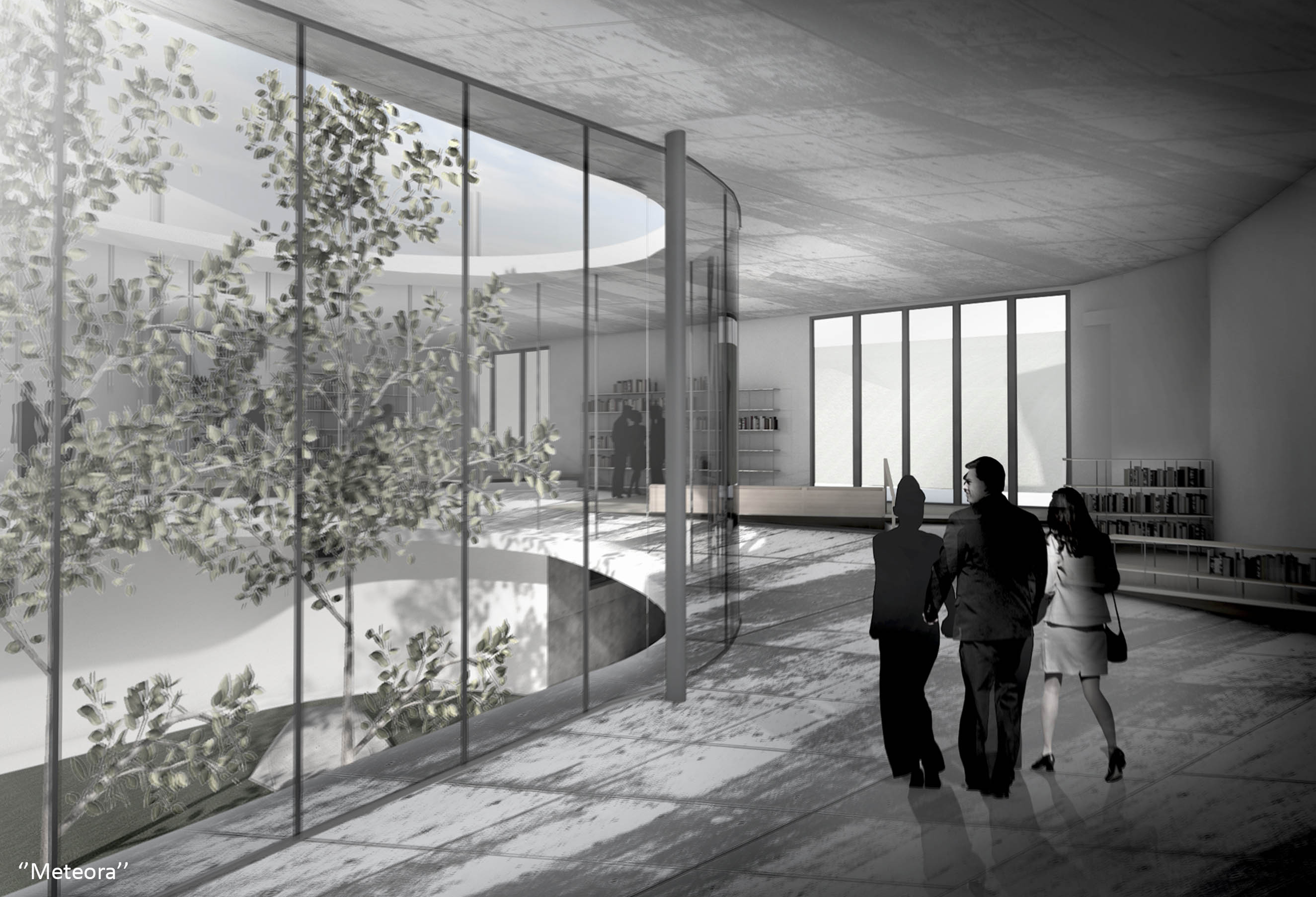 The intention of bridging the two sites into a new entity, led to the idea of forming a junction in the form of a spiral. The compound of the complementary activities, the different elevation levels and other interior and exterior spaces placed in a spiral motion, they not just orient the visitor but also they guide him to live a new spatial experience. On one hand, the connection point with the exhibition space at the Alvar Aalto Museum and on the other, the open side of the lobby of the Central Finland Museum, form a different approach for each side joined. At the same time is achieved a quick entrance but also an extension of the inner space. The shape of the spiral collects the movement from two different directions, setting a new torsion center. This center is designed as the gap (patio) that will allow visual scapes to the surrounding nature, brings plenty of light, grows the path’s length of the ramp and eventually develops a different relationship (as an arcade) with the new store positioned in three intermediate levels at the perimeter. The proposal creates a clear horizontal lateral relation to both museums and simultaneously provides two small and sheltered courtyards. These outdoor spaces on the west and east side, are in fact an extension of the interior rather than access points. Thus, a most inner relationship is formed that contributes to create small quality exterior spaces that will serve the new functions. Diametrically the existing main entrances of the museum, are strengthened as nodes-passageways and meeting points. For the spatial composition of the exterior space, the main concern is the renegotiation of the square around the lake and the public passage. The new amphitheatre that it is formed, is directed towards the water and simultaneously the road that connects the two museums is converted to trail. With this move, plus the planting of the public front, there is created a filter that protects and exposes the new activities and enables the visitor to find a resting and concentration area to be. 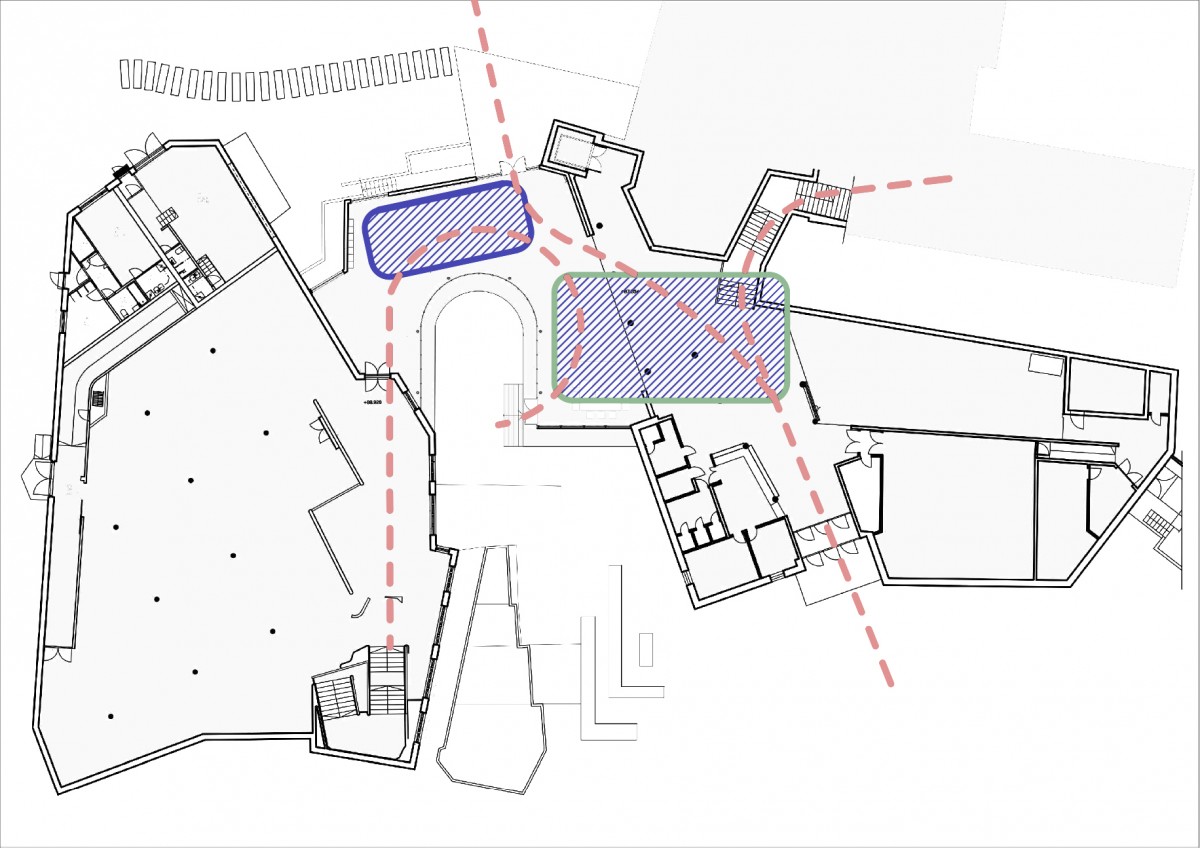 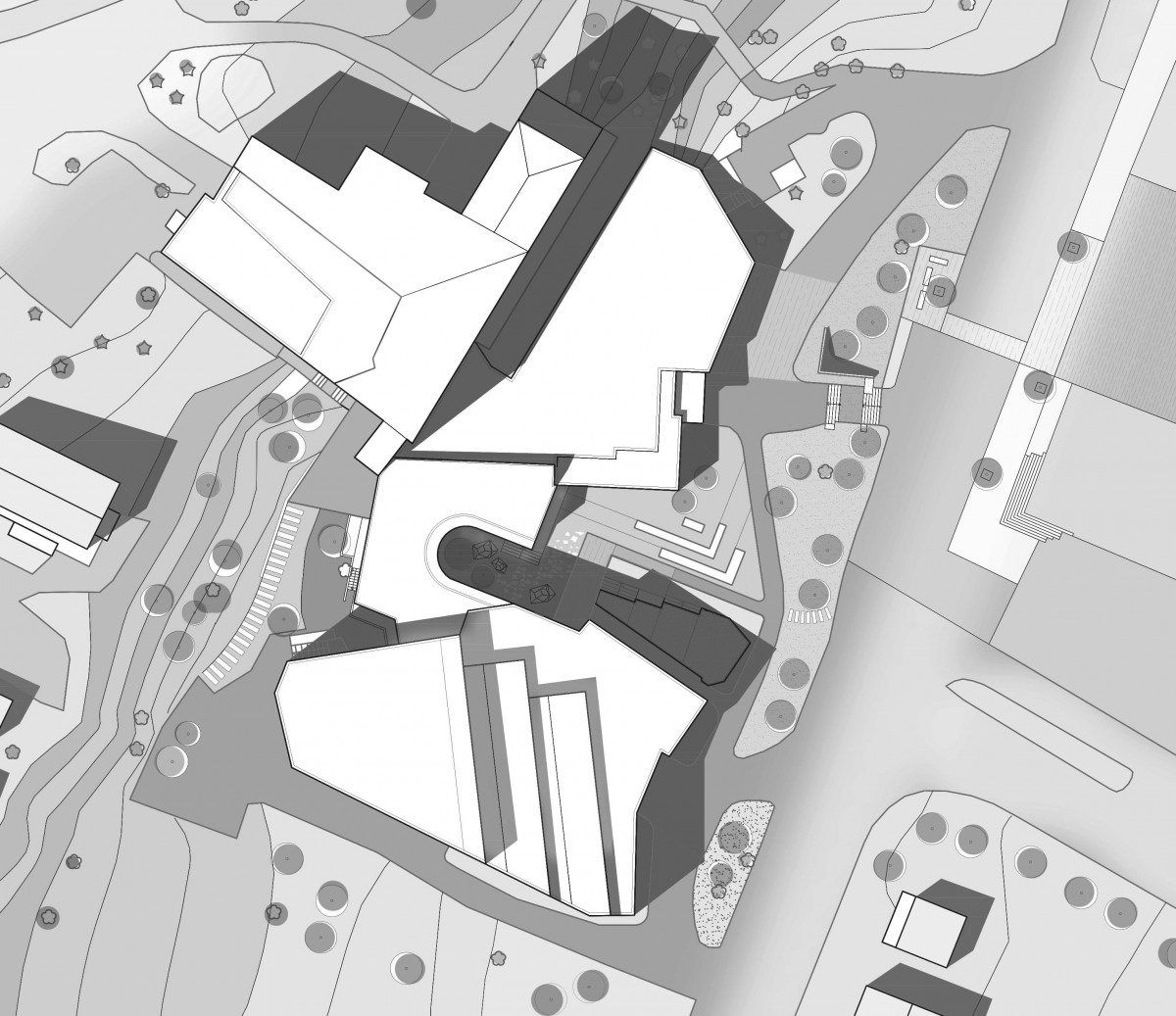 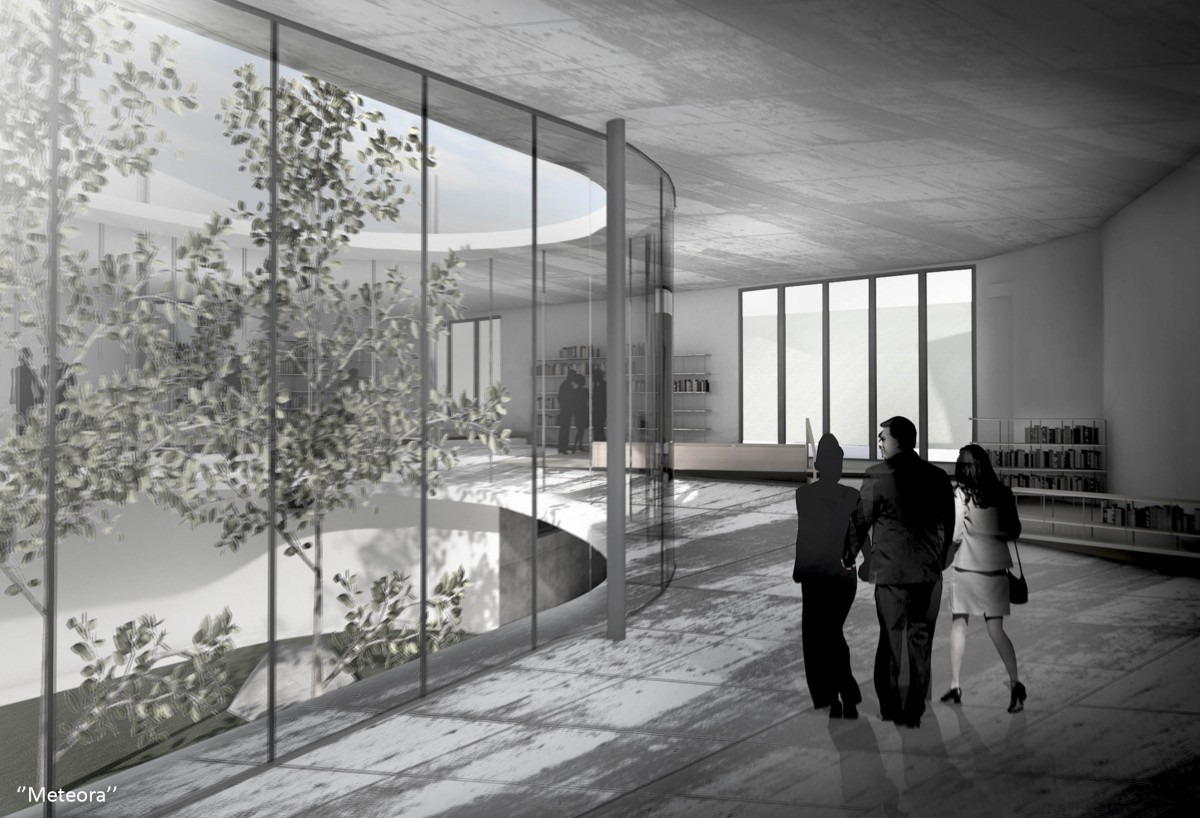 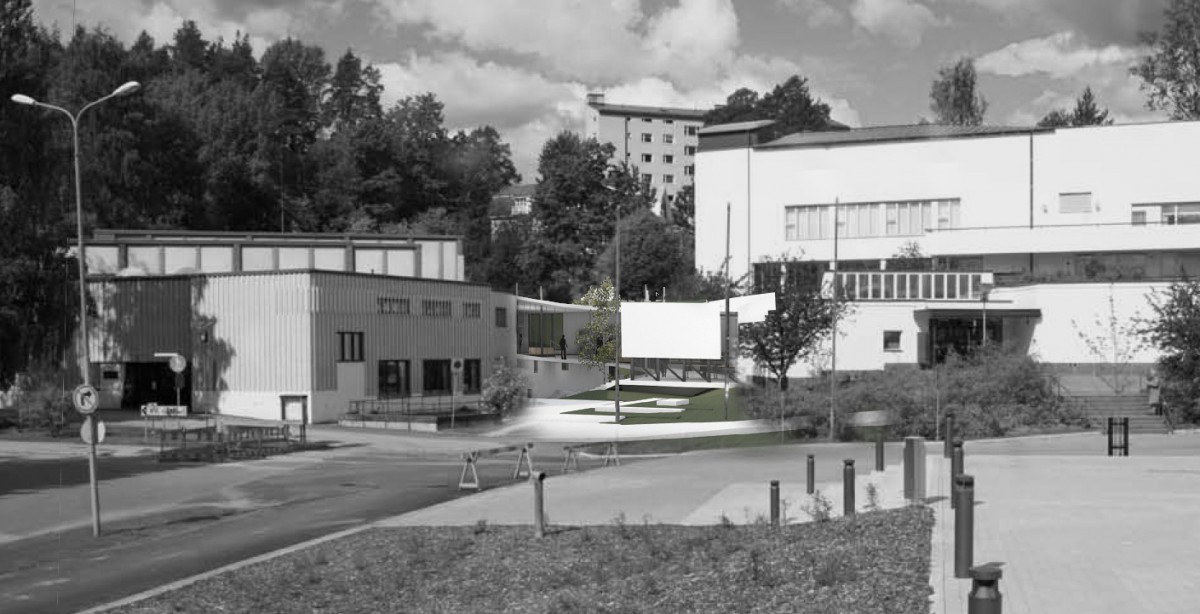 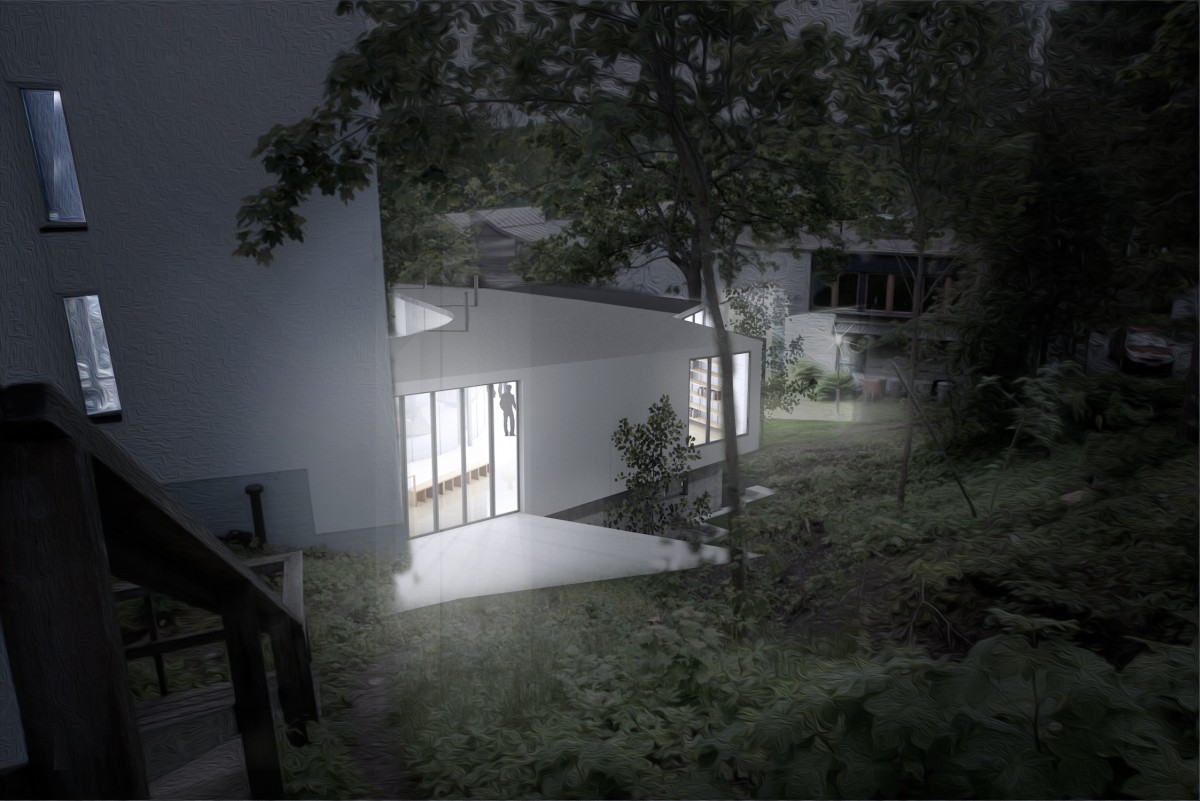