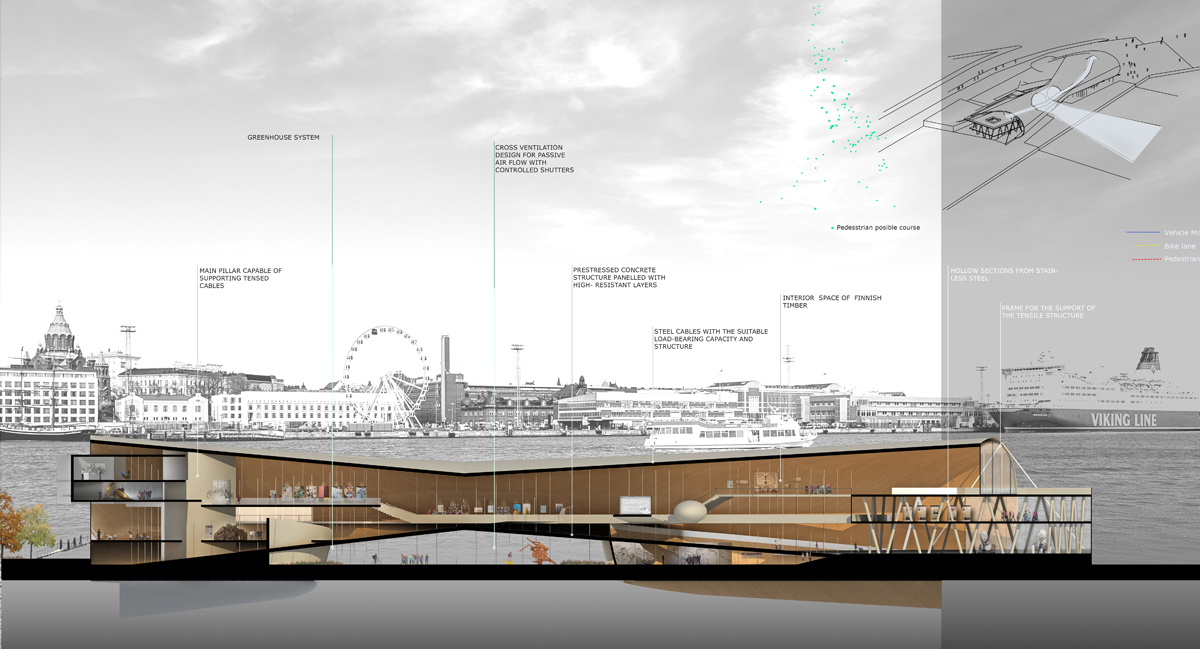 The assimilation of a modern museum to the new functions is a strong element for the expansion of the city center towards the port and the incorporation of new areas (urban park, neighbourhoods in the west, etc.) in an expanded, integrated and understandable functional urban network. However, the proposal of a new function (museum) at this particular site of the port faces major spatial challenges:

The Central Idea of ​​the new museum is based on the notional relation of the introvert hollow of the beachfront and the inner functional spaces of the museum. The combination of these two different scales and points of reference (sea port, the museum in the city) is to establish a new relationship between the harbour and city. Thus, is created a pole that interrupts the linear coastal path and mentally connects the port with the components of the city (roads, park, urban edge), developing a dialogue with them through a frontal relationship. So instead of an inglorious ending of the city at the port, as another belvedere, is proposed a feedback interrelationship. The above observations and reflections led to a series of synthetic options: 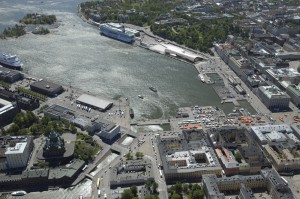 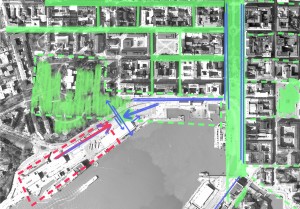 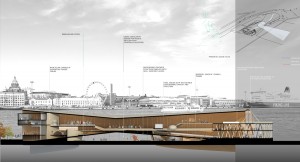